Michigan Rocks™ is a game of skill and balance…and a little bit of luck. The game brings the centuries old practice of cairn building into your living room and adds an element of competition. With hand picked rocks from the shores of Lake Michigan and hand made cedar specialty dice this game is bound to get you feelin’ pretty stoned, or maybe it’ll even rock your world… ha!

The word cairn refers to a mound of rough stones built as a memorial or landmark. Ancient peoples from all over the globe have used the practice of cairn building to mark pathways through difficult to navigate terrain as well as places of special importance.
Arctic explorers used cairns to mark points on treks and in some cases, such as a most famous cairn discovered on May 5, 1859, to relay messages to those who might follow in their tracks. The cairn, again made famous by the recent series on AMC, contained a note written by Captain James Fitzjames and alluded to the fate of the men aboard the two expeditionary ships the Terror and the Erebus. The Victory Point cairn, as it is now known, is believed to have originally been constructed by another explorer, a predecessor of Fitzjames, James Ross in 1830.

You may not be marking anything of importance or creating a memorial but the subtle art of precise cairn building, or rock balancing, could leave you feeling pretty special. Hell, it could even make you famous. If you don’t believe me check out Manu Topic or Michael Grab on youtube..

Each game kit consists of one game mat, 18 hand picked and color coded Lake Michigan rocks, two hand made dice and a dice bag… all securely and fashionably packaged in a hand sewn repurposed denim sack. 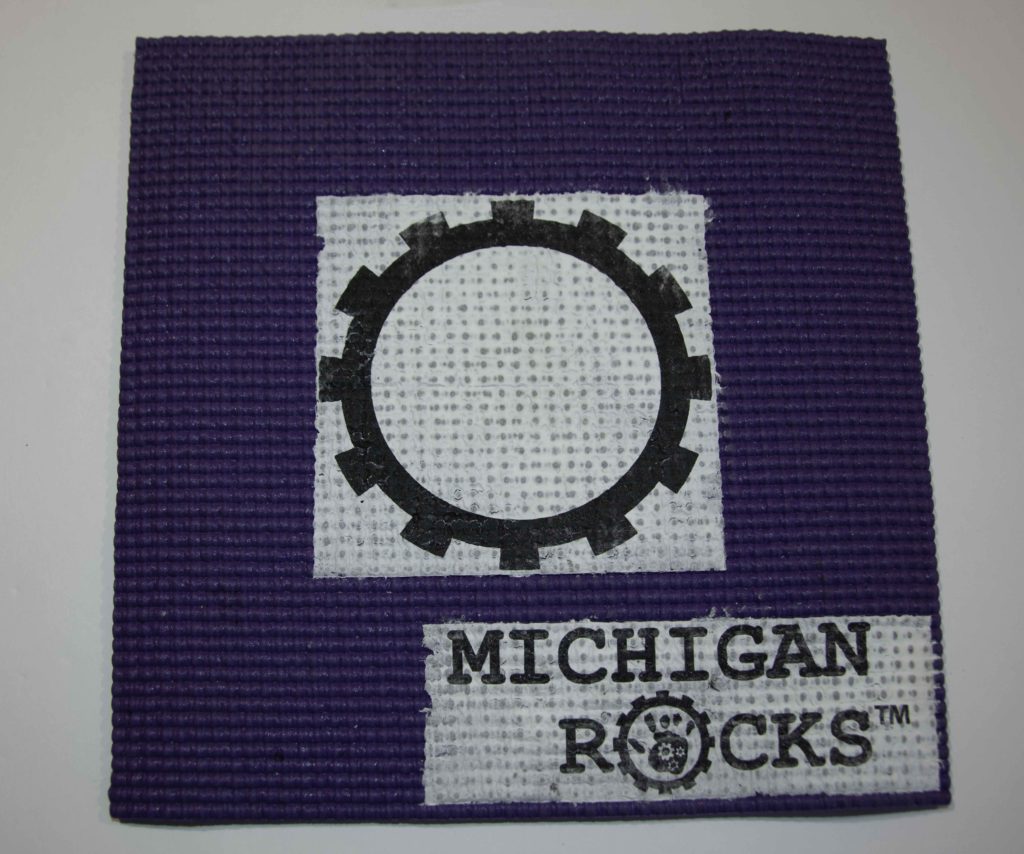 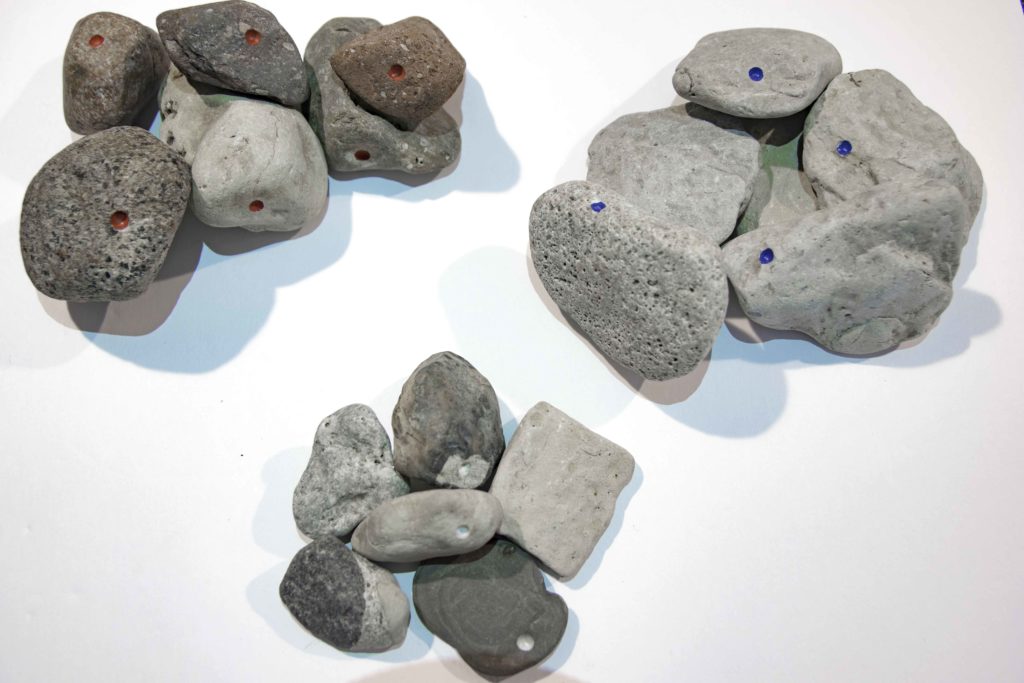 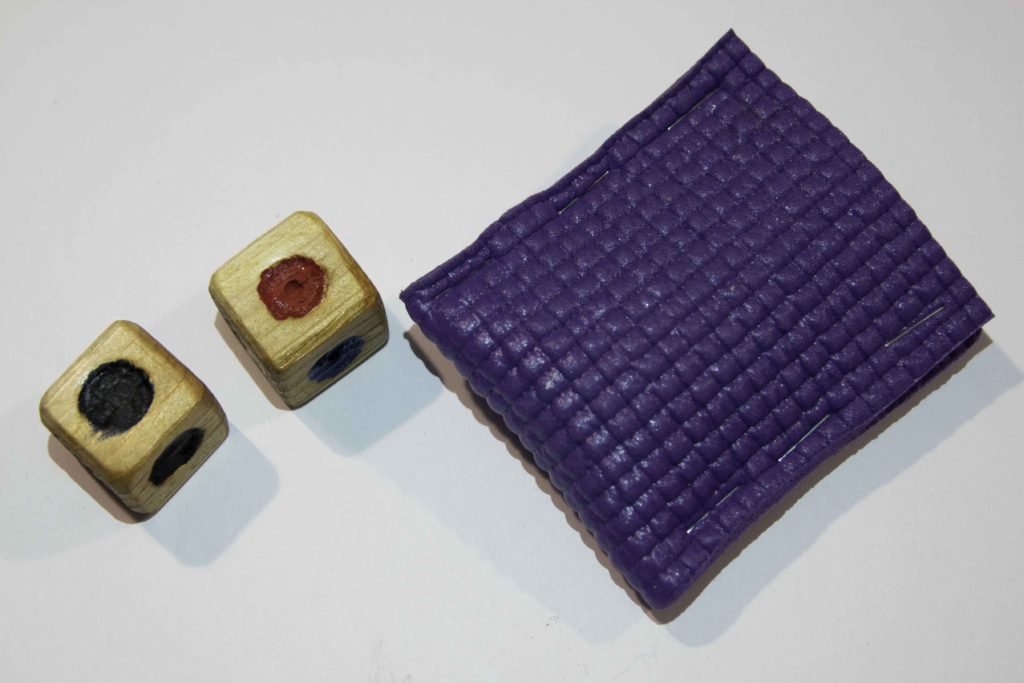 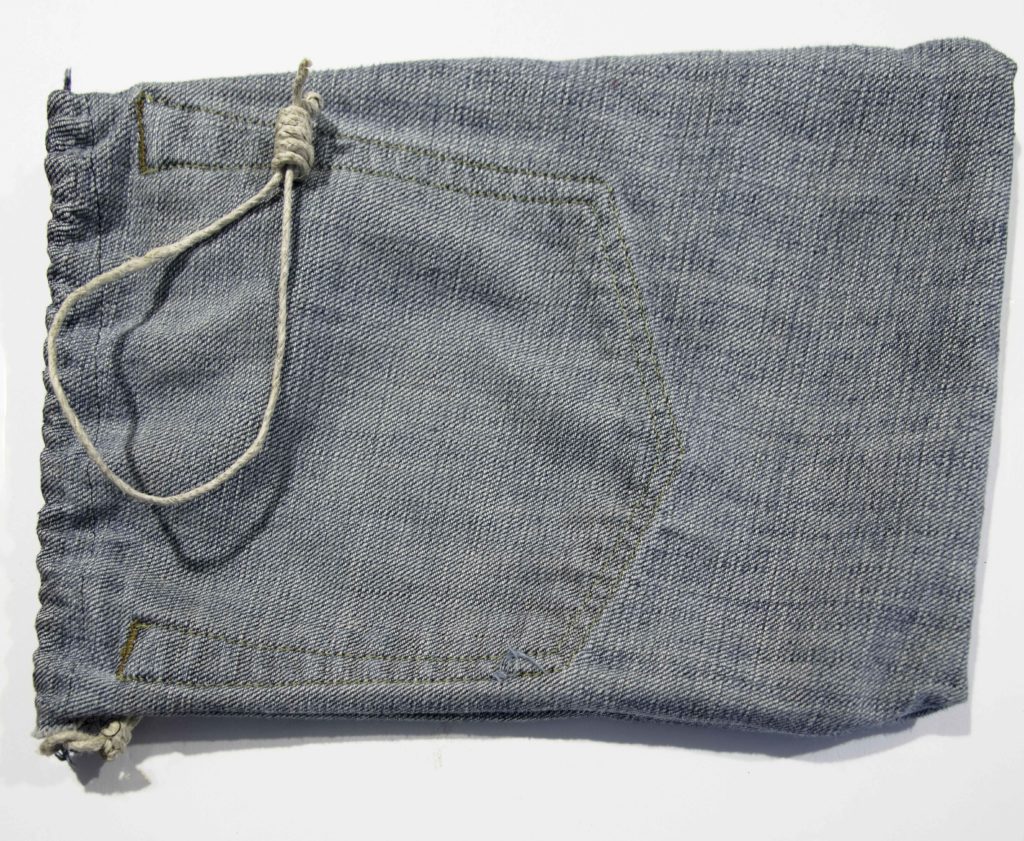 Michigan Rocks™ game kits are available for $35.99 plus shipping on our CoggInTheMachine Etsy page. If you have any comments or suggestions to make the game better don’t hesitate to throw a stone our way at: michiganrocks@cogginthemachine.com

About the creation of Michigan Rocks…

Each game pack takes us approximately two hours to create and assemble…not including the long walks on the beach:) All of the components are made of recycled/repurposed materials… it may not be pretty, but it’s damn fun! For more information about the types of rocks found in and around Lake Michigan check out Bruce Miller and Kevin Gauthier’s book Lake Michigan Rock Picker’s Guide.